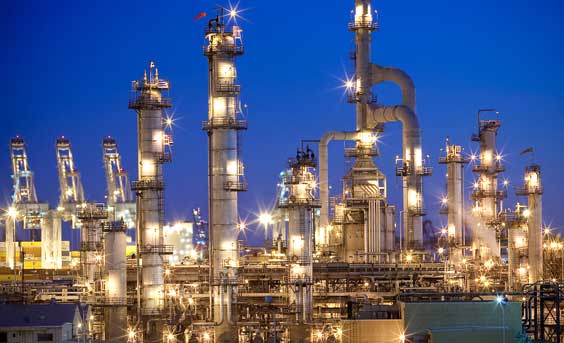 When you look at crude oil, you will have to know that it goes through three different processes before using it. Three major operations are used in the refining which are separation first, followed by conversion and then finally treating it.

During the separations its molecules are separated according to its molecular weight. Other names used for this separation process could include atmospheric distillation or topping is treating the oil with heat to high temperatures of up to 400 degree Celsius. Oil residuals will remain at the bottom as they are the heavy molecules and will not vaporize. During the first stage of the separation light molecules rise to the top while it is vaporized. The temperatures at the top is only 150 degrees.

When conversion of the oil happens you will find a lot of hydrogen and carbon present. Crude oil consist of loads of hydrocarbons as do petroleum products and natural gas. In order to have a lighter product these molecules must be lightened even more. During this process the heat is increased even higher at 500 degrees and now a catalyst is added as well in order for chemical reaction to speed up significantly. It should be noted that during each step including conversion that it as costly and if the complexity increase it will increase energy use as well as costs.

During oil refining treatment stage three which is treating it, it is done in order to remove any and all unwanted contaminants from the end product. It is a very important step as too little refining could cause increased pollution. During this process you will be able to determine the improved air quality after emissions with less sulfur coming from refined petroleum products, sour natural gas and smoke. Standards across the world are stringent in regards to refined oil use.