Refineries continuously face environmental issues and dangers causing huge concerns and we look at some of the most pressing issues here. It is widely known that an oil refinery pollutes air, land and water equally bad. Accidental oil spills pollute open and groundwater waterways, while water is polluted through the fallout caused by air pollution and also when a refinery discharges pollutants into waterways. Land pollution as well through waste that has to be dumped by refineries. 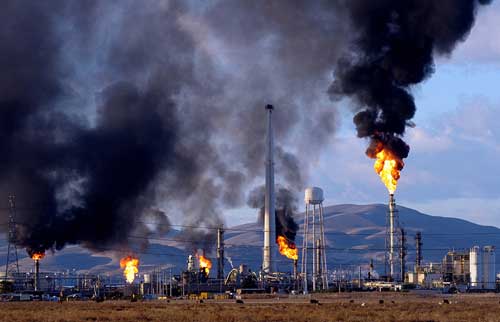 Even though you will find that refinery disasters are few and far between and not occurring regularly but if it does happen a lot of damage are caused all round. It is a loss of production, loss of valuable equipment and more importantly loss of life and accidents. In addition to that is the massive concern that the daily chemicals used by refineries releasing their pollutions into their immediate surrounding environments as well, which is incredibly harmful to plant and animal life too. 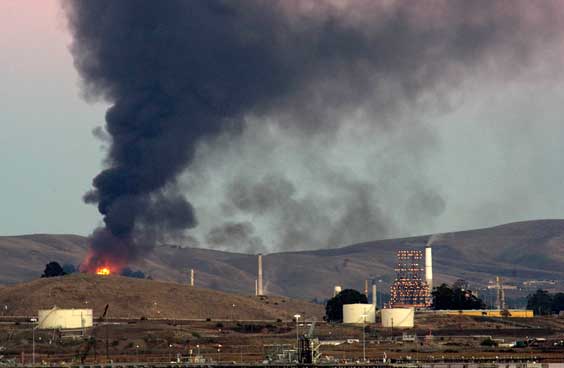 The great health impact through accidental explosions, accidental fires, gad and chemical leaks that also happen at refineries for time to time also cause great concern as it will produce a much higher pollution rate that is acutely dangerous at the time and possible future impact on
both human and animal health as well as harmful to the environment. Most of refinery gasses that it emits are harmful to human life as in severe cases it could cause death and in lesser degrees but equally harmful and dangerous cause permanent damage. Health damage include bronchitis, chest pains, coughing, asthma, leukemia, birth defects, headaches, eye problems, nausea, skin irritations and cancers. The worst affected are often the vulnerable including children and the elderly.

Refineries also face other problems which could often not be controlled and that is fugitive emissions, which is leaks via equipment and these fugitive emissions are often much more harmful and dangerous simply because it was not considered and at a much higher amount, but fortunately many countries od require monitoring of fugitive emissions, but not in all countries that is the case though.